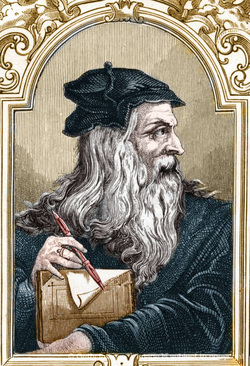 Several centuries ago, there lived a man. He was no ordinary person...this man was of both science and art and of both creativity and mind: a true Renaissance man.
His name was Leonardo Da Vinci.
For Leonardo, there was no divide between art and science; merely art and science were one, consolidated together to create some of the most celebrated works of all time. Leonardo saw things in a different light and pursued what was deemed to be impossible. This made him one of the most influential people of both the 15th century and today. Even to this day, Da Vinci’s paintings, techniques, studies, and inventions have influenced the spheres of art, medicine, and science. If Leonardo Da Vinci had never existed, the world would be extremely different today.
Powered by